CheckMate Programming, a module of CheckMate for SOLIDWORKS® is CAD based application software with extensive functionality for coordinate measuring machine (CMM) and soft gauge programming applications.

CheckMate for SOLIDWORKS, CMM Programming dramatically reduces programming time, maintains design intent by consuming the MBD created in SOLIDWORKS or optionally imported from other CAD systems and produces ready to run programs before the parts arrive.  This makes for a more cost-effective solution, reducing time to market with better parts faster. 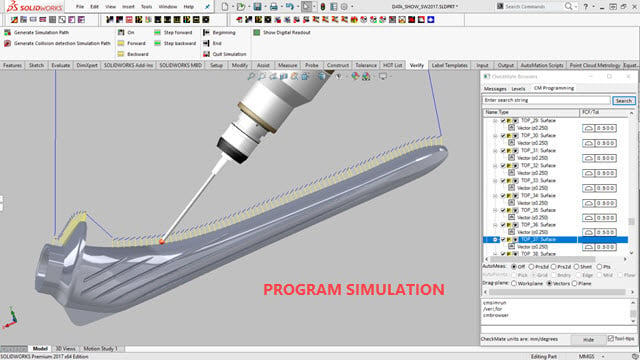 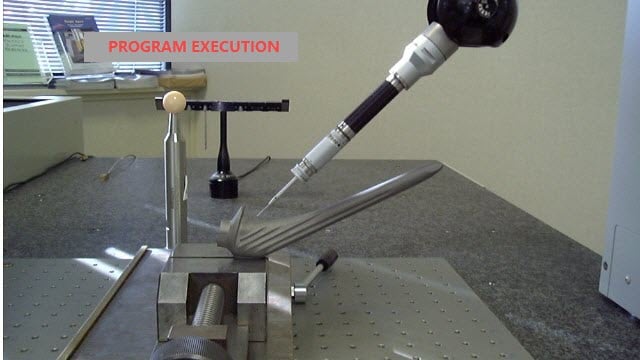 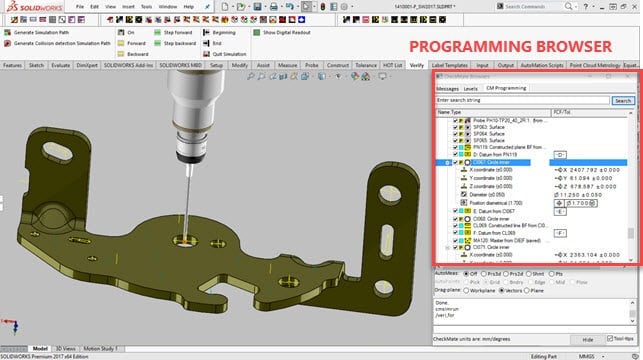 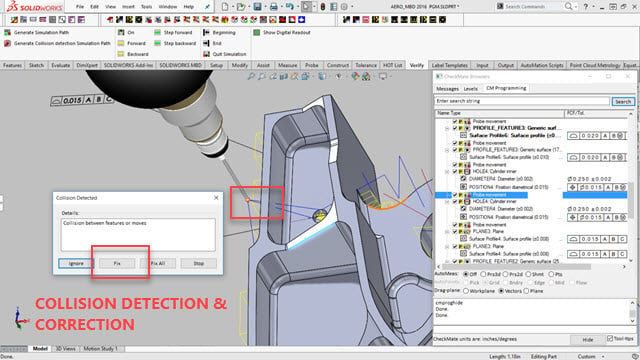 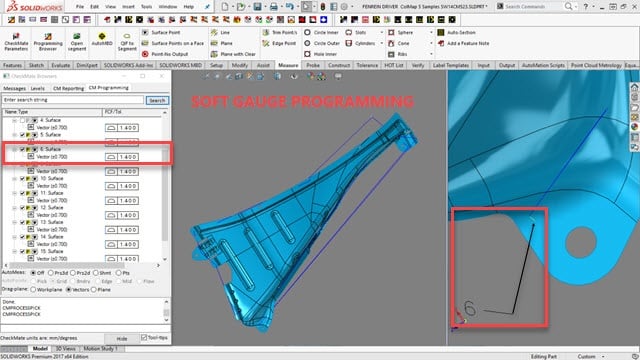 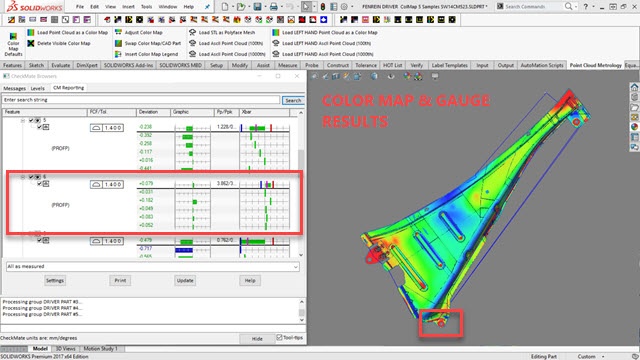 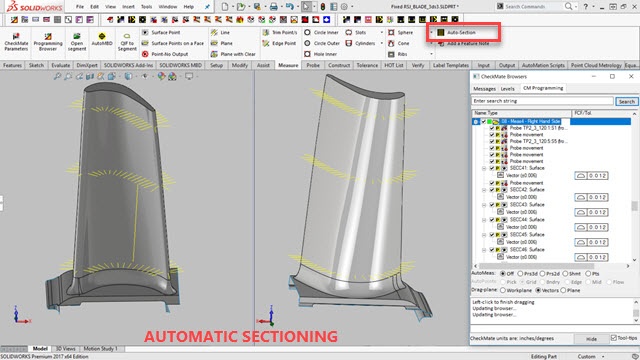 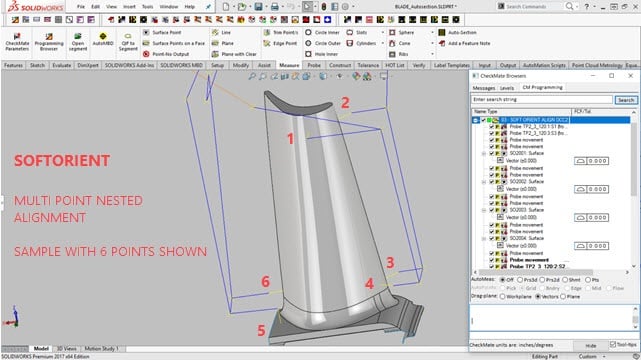 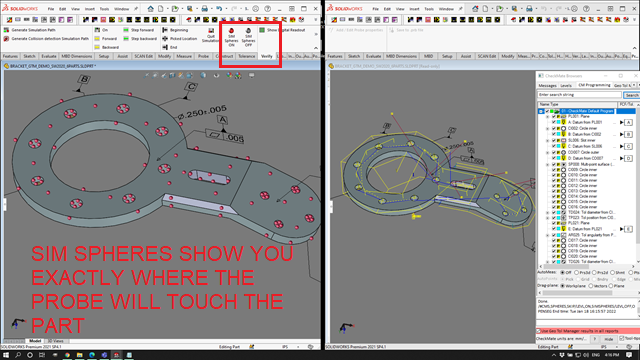 MBD embraces the concept of the digital thread (re-use-repurpose-traceability), closing the loop from design to manufacturing. CheckMate Programming develops CMM programs directly from the GD&T present in the CAD either automatically or interactively with input from the programmer.

Analyzes programmed features and using the probe angles defined and determines the best probe angle.  If there is no probe defined that can be used to measure that feature it is marked as inaccessible.

Automatically reorders the Measurement program, to optimize the path with the fewest probe rotations.  Accessibility Analysis is a prerequisite to Optimizing the Probe Path.

Automatically Deletes Probe moves and tool changes if they exist, then inserts new probe moves/rotations/changes where required, in the visible open Segment.

Complements CheckMate’s robust programming capabilities along with “Autosection” (automatically generates program for a specified section in a grid pattern with user definable defaults) with utilities to program based on grids, edges and boundaries with a single pick.

Is the ability to edit multiple features in a single operation. Features placed on the hot list (a temporary selection list) either by finding or selecting them in the Programming Browser or by picking them in the graphics window can have their attributes all change at once.  When programs are complete or partially complete and changes are required as they often are, this feature makes editing them easy and is a huge time saver.

The CheckMate Programming Browser provides an interface to interact with the program, making program management and edits straight forward and easy to do. The CMM program is presented in a familiar Windows tree format with extra columns showing applied GD&T, user comments, etc. When performing functions like finding and selecting features within a program, reviewing feature characteristics, or changing the order of a program by simply dragging and dropping it within the browser tremendously improves a programmer’s efficiency.

CheckMate supports the concept of segments, which enable the programmer to organize a program into functional blocks and select or deselect segments on output depending on the functional requirement. As example a FAI inspection may require that every feature on the part be checked, and once in production only the inspection of certain critical features may be required.

A powerful utility with the capability to scale complete programs, rotate and translate complete programs to or from designated origins. Often used in the tooling industry to accommodate shrink and work in a local, tooling coordinate system and report back in “ship or car” coordinates to the end customer.

The efficiencies of offline programming are three-fold. CMM programs can be generated in advance of the actual part showing up which reduces lead time, increase CMM throughput by offloading the programming task and improves overall efficiency by relieving highly skilled programmers from day to day CMM operation.

Checkmate programs can be output to all modern CMM’s, providing a common programming system regardless of what manufacturer of CMM (s) you have now or in the future. Chose the right CMM for the job and you can count on your programmers to be able to program it. CheckMate also has the ability to load programs generated with software from the OEM either via DMIS, Q.I.F. or the OEM native language.

Origin’s participation in the development and maintenance of DMIS and Q.I.F, both of which are prominent industry standards under the stewardship of the Dimensional Metrology Standards Committee, and the adherence to these specifications by CheckMate provide an unprecedented level of interoperability with technologies from other vendors.